I wanted to toast a frozen bagel in the oven, but forgot it. So I got a bagel that was a bit too dark and dry. Hence, I decided to use it as a soaker for a rye/wheat bread. The result was a flavorful bread with compact crumb. Unfortunately, I only documented a part of the baking process. This recipe is a rough approximation of what I did.

The evening before, cut the bagel in small chunks, put it in a bowl and pour boiling water over it. Cover the bowl. Mix the sourdoughs in separate bowls. Let the soaker and both sourdoughs rest over night at a warm place (30° C, e.g., in the oven with light on) for 8-12h. 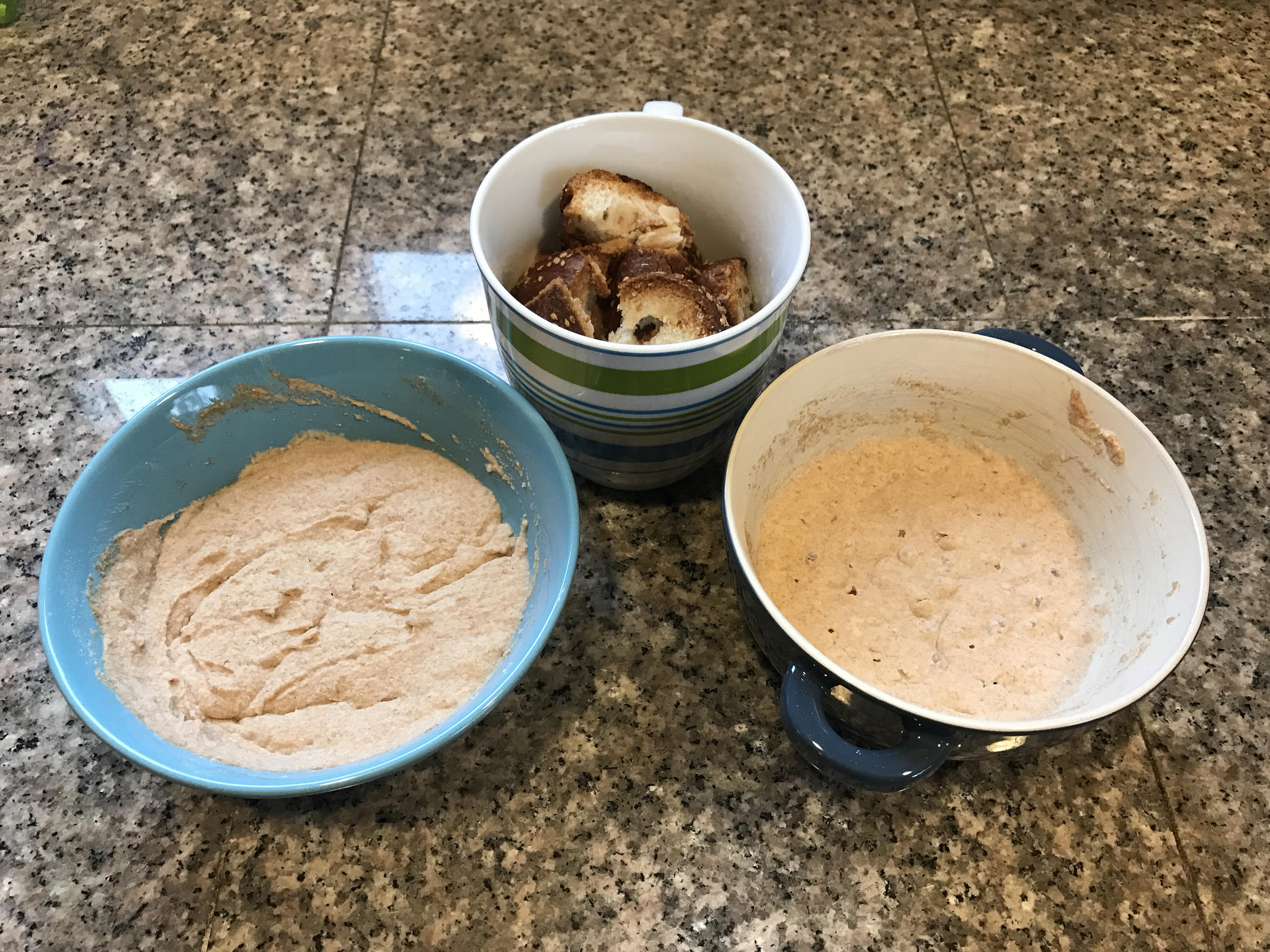 In the morning, knead the soaked bagles with a spoon. Mix them with the sourdoughs and the other ingredients. Knead them to a firm dough. I find it easiest to first pour the flour into the bowl, form a mould in the middle, add the water and remaining ingredients. Then I mix with a long wooden spoon from the middle, until I have a dough firm enough that I can knead it by hand. 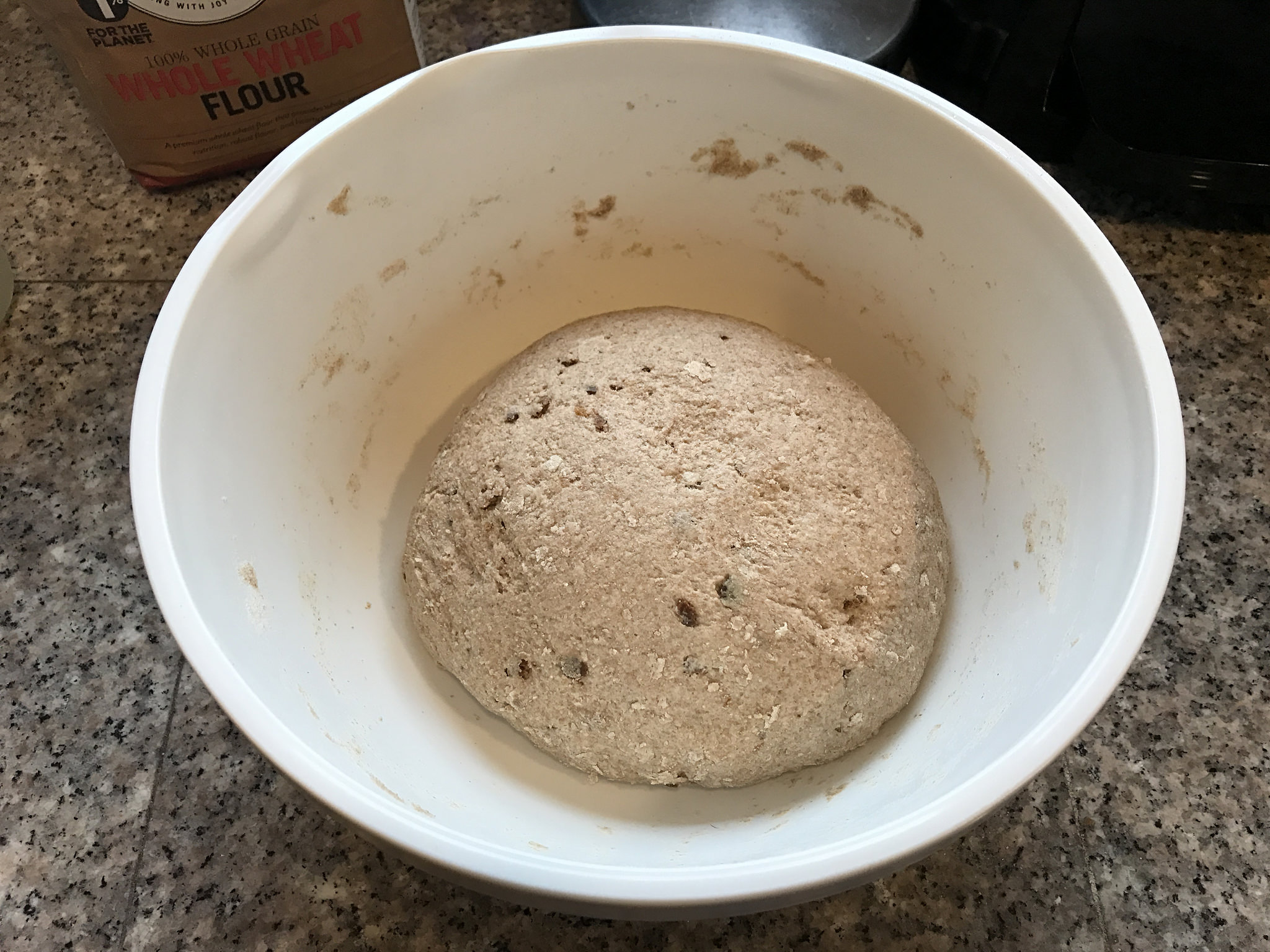 Proof the dough for 2.5h. Fold the dough. Split the dough into two breads. Wrap the breads into two floured towels and put them into a proofing basket. Proof for another 3.5h. In the meantime, preheat the oven to 250° C.

Remove the breads from the towels and place them in the oven (ideally onto a hot oven stone). After 5 minutes, slash the bread lengthwise. Reduce heat to 180° C. Bake for 45 minutes. 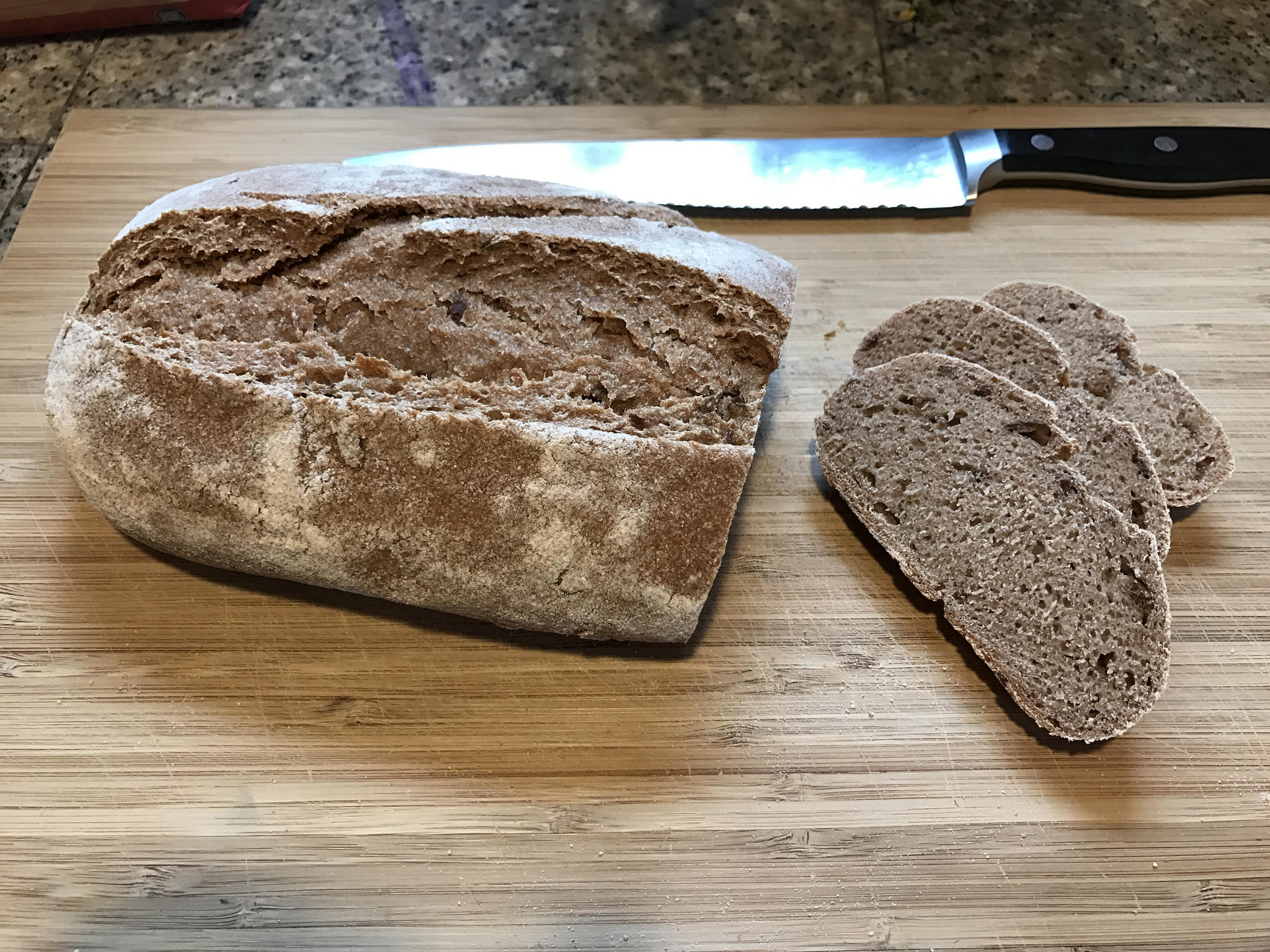